My featured author for April is P.D. Roberts. 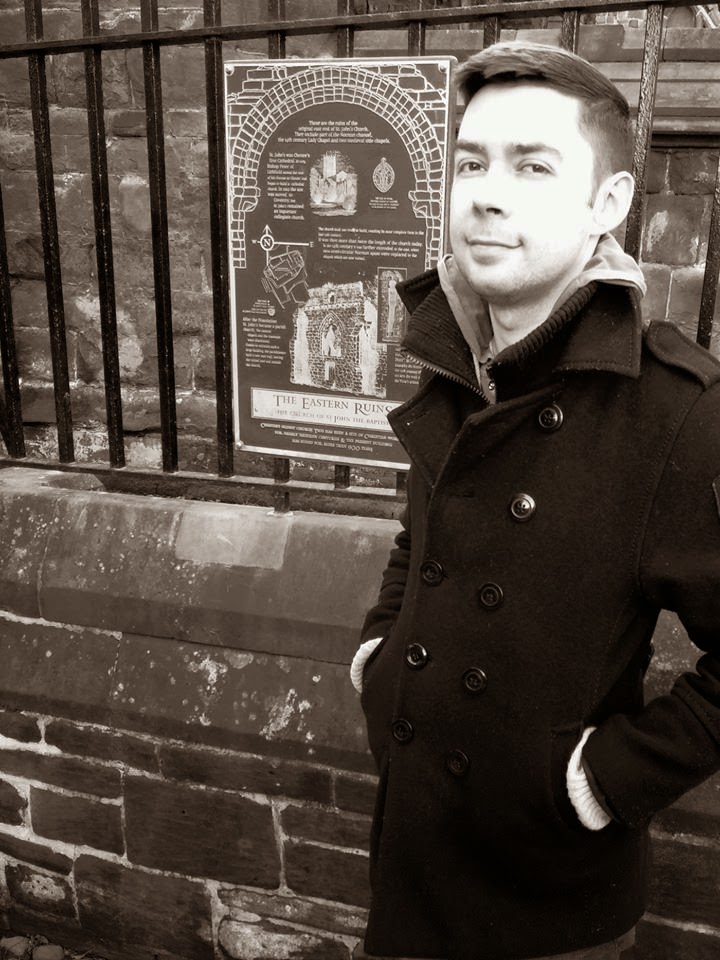 About Paul Roberts (P.D.Roberts)
Paul was born in North Wales, United Kingdom and grew up in the small town of Gwynedd. He has been a fan of fantasy and horror fiction from a young age. Paul is a very creative person who enjoys writing and drawing.
Paul says, "I was inspired to write by my younger brothers who also enjoy writing. I have a very vivid imagination and my dreams were a massive influence to me when I was writing this novel. Dreams and nightmares are very strange as they sometimes give me very good ideas."
Although his mild dyslexia meant it took Paul a few years to complete his first novel, he has now achieved this with the support of his fiancee and his family, and he now proudly says, "it was worth the effort."
Paul is currently working on the second instalment of Toby Ripwood, which he hopes to complete by the end of the year together with a few projects. 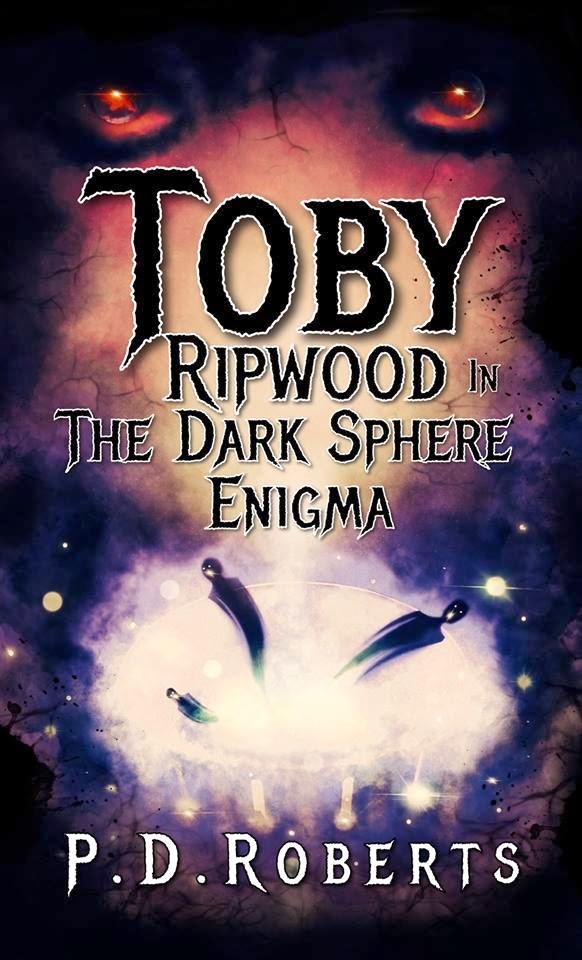 One boy in a frantic search for a hidden enigma, delves into a world on an adventure to answer the questions that have plagued him his entire life. Toby Ripwood was living a normal life until he meets a mystery woman. She introduces him to a prodigious secret world where he discovers he is definitely not like everyone else. He learns of a hidden sphere to which he has a deep puzzling connection. He encounters new friends and foes as he embarks on a challenging journey desperately avoiding the sinister Dominus Mortifus. A truly vindictive master of the darkness who, unknown to Toby, has caused misery in his life long ago. Toby has to overcome his fears if he has any chance of saving his loved ones by solving the mystery that surrounds him and The Dark Sphere.

How long have you been writing?

I used to be into drawing a lot when I was younger and eventually it just turned into a hobby of mine, rather than a profession. Therefore I turned to writing and  put a few ideas down onto paper, but I never actually wrote a full story until five years ago when I started writing properly.
How long did it take you to write your first book Toby Ripwood in The Dark Sphere Enigma?

It took me over three years to finish writing the actual story and several months after, editing and more editing.

Can you give us some background to your book 'Toby Ripwood in The Dark Sphere Enigma' and the genre for your writing?

Well it’s a young adult fantasy fiction novel, but I notice a few grown-ups also like it. I tried my best to make it an easy read and not overly descriptive. The main character is named Toby Ripwood who is a bit of a loner, and feels invisible to the world as he struggles to cope with his life. An inquisitive boy (probably like myself, if truth be told.) But being a young boy he has many problems, as some or most teenagers have in this world today. Feeling lost or alone, empty inside or unsure which way is up, people of all ages can sometimes find life difficult and then find themselves in tricky situations with no way out. However, there is always a way out, if you go looking for it. As for Toby he begins his journey and moves forward away from his old life in the hope of getting some of his questions answered that plague him. He meets some quirky characters and frightening foes along the way. Secrets and mysteries emerge making his journey more questionable and even more difficult.
How did you come up with the title?

It took me a long while to finally find a title that felt right together, but it was my mother who mentioned the word “enigma” to me on a phone call, so feeling that it would add to the title I used it.

Do you base your characters on yourself or people you know?

I try not to base the characters on myself, but it took me a while to notice after reading some of it back to myself that each individual character represents a part of my personality which was strange, but also interesting to see. For the second instalment I shall be using a few of my friend’s great perks and qualities and inputting them into some great and fun characters.

What are 3 of your favourite lines/quotes from your book?

“Forgiveness cannot change whatever has been set in stone, but it might change the future.”

“Dreaming a dream, day by day.”

Excellent quotes Paul.
What feedback have you received so far from readers – do you have a favourite review to share?

I received a review from J.Marie a while ago who is a blogger and I really loved what she wrote.

“Step into something different.”
I am not normally a fan of sci-fi. However, this book description caught my eye. I love books where the main character slips into a different reality. Every reader will love to indulge in Toby Ripwood’s discovery of the hidden world, of Aurorithia. As Toby ventures to darker places in this novel, he finds out that he has taken on more that he can handle. This is a great read for teens, new adults, sci-fi readers, and those who want to try a new genre. The unique thing about this book is the crossover appeal to readers of different genres such as mystery, fantasy, and young adult fiction. Good read.
What motivates you to write?

Many things get me in the mood to write, such as inspiring places, good movies and the best one is music. My favourite is anything from Two Steps From Hell. Anything that sounds epic!

What stops you from writing?

I try to be organised as much as I can be but when I have a cluttered desk it puts me off, another thing that stops me from writing, one of the biggest distraction for me is Facebook, I do not know why I have to check up on it, it’s become a bad habit of mine.

Many of us have fallen into that trap Paul!!
Have you considered writing in other genres?
Yes I have been thinking of a few such as Horror and Young Children’s. I have started a few but they’re still in the works.
What is your current writing project?

I am now writing the second instalment for the series, Toby Ripwood in The Search For Starlight and the rest is a secret!

Hmmm secrets......be sure to come back and tell us when its no longer a secret :
What made you decide to become an ‘indie’ [self published] author?

After seeing some of the professional prices involved to get a book cover designed or manuscript perfectly edited and prepared it was daunting, as I am not rich! So I decided to have a go myself, you get more control, but it is very hard work and it takes a lot of time and commitment.
Do you have any advice for aspiring writers who are considering self publishing?

Give it a go and if it feels right for you then carry on, and don’t let anything stop you following your dream. Stay away from distractions!

What do you feel is the measure of a successful writer?

To have a good imagination, the ability to create a gripping plot, lovable and believable characters as well as 100% commitment.
How would you define a good book?

A novel with intense scenes and a set of great characters, also anything that can either make me laugh out loud to myself or hide in fear.

What is your favourite book and author?

I try not to have any favourites as there are so many talented authors out there, but if I had to choose it probably be the first Harry Potter novel by J.K. Rowling or Jurassic Park - Michael Crichton both books open up the stories further than the actual movies themselves.

What are you currently reading?
Spellwright – written by Blake Charlton.

What can we expect to see from you during 2014?

As well as adding new content to my website I am currently writing the second instalment for Toby Ripwood and another young adult fiction with a female as the main character. I also have another great idea, if I say so myself, a sci-fi story maybe for the younger age, so a few ideas hidden away up my sleeve. So keep both eyes peeled.

Paul it has been great chatting to you, a man who listens to and follows his dreams is awesome. Thank you for answering my questions and I wish you every future success.

Here's where you can find more information about Paul  and his books?

My featured author for April will be P.D.Roberts, author of

Be sure to follow my blog, and my Facebook page for the links and information about the interview release date.

If you are interested in being featured please send me a message, as there are only a few slots remaining in 2014.
Thanks,
Sarah Jane

Posted by Sarah Jane Butfield on March 26, 2014 No comments:

Glass Half Full: Our Australian adventure. A true story.

Posted by Sarah Jane Butfield on March 24, 2014 No comments:

I'm back!!!! My Glass Half Full and ready for action.

My glass has been topped up and it's back to business as usual - well almost!!

As some of you may know I have had a tough couple of months due to ill health, and as I continue to overcome some long term issues, I am thankfully able to resume work on my books and my writing.  I am so grateful for the messages of support from my friends, followers and colleagues during my absence from the writing world. To those who have shared my book links, written posts to share on my behalf, etc., can I say a huge thank you. I really do appreciate your efforts and it is humbling to know that I have made some good friends in such a short period of time.

To kick off the proceedings it's time to announce the featured author of the month for April, P.D. Roberts, author of  'Toby Ripwood in The Dark Sphere Enigma.' I will be interviewing Paul next week, so if you have any specific questions for him please let me know.

Posted by Sarah Jane Butfield on March 23, 2014 No comments: 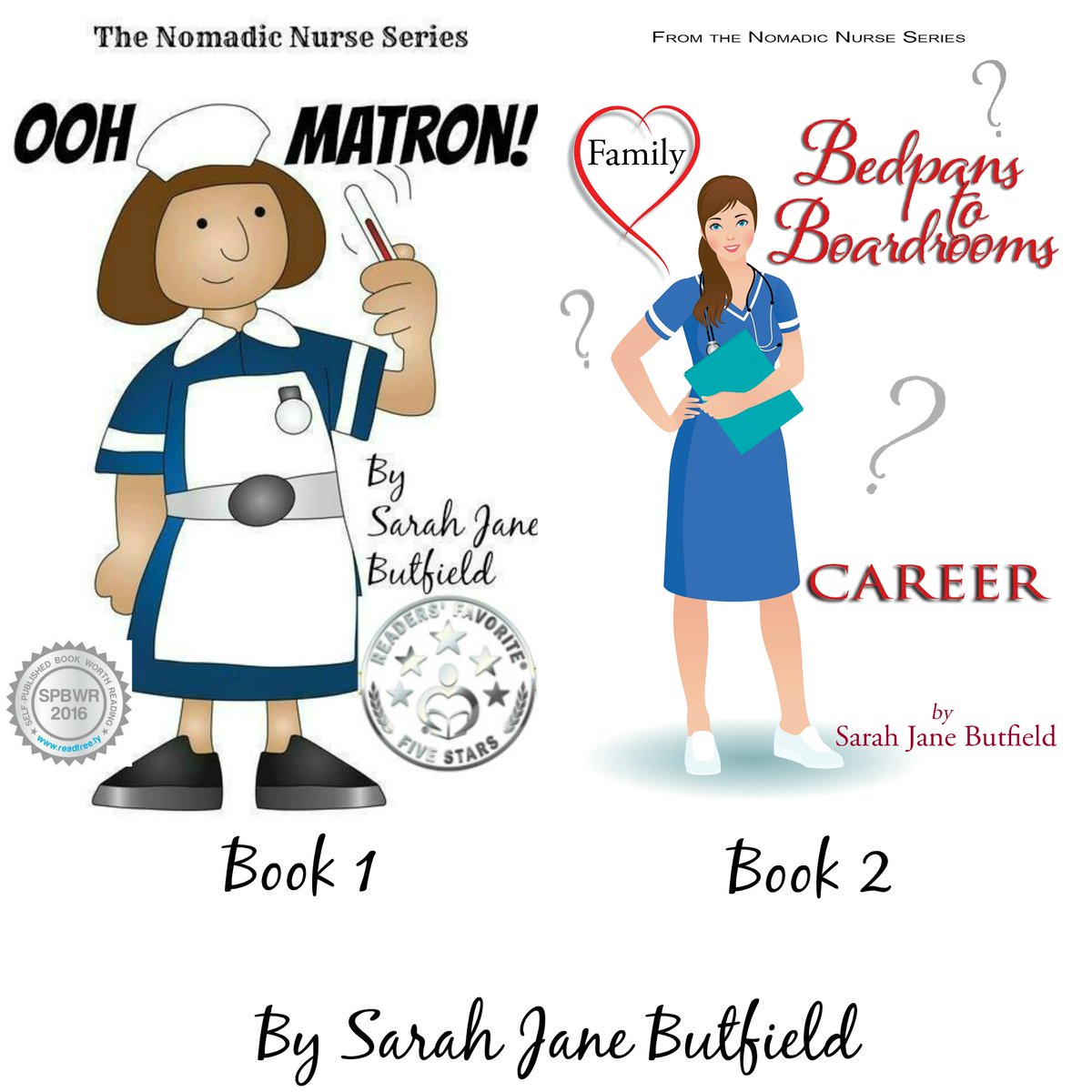 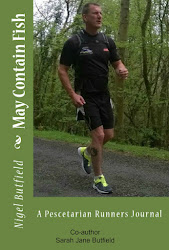 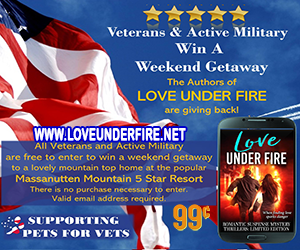 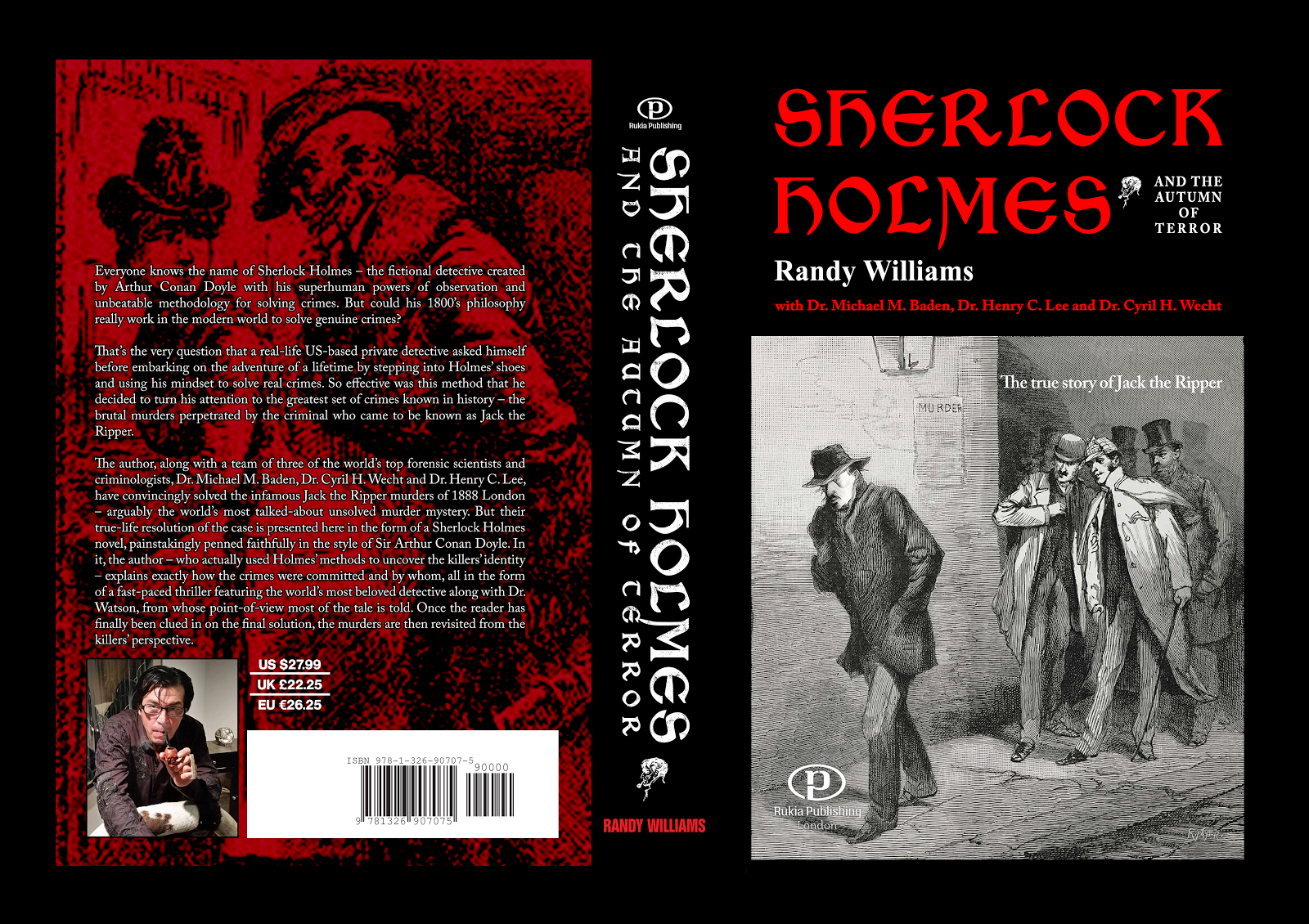 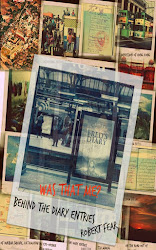 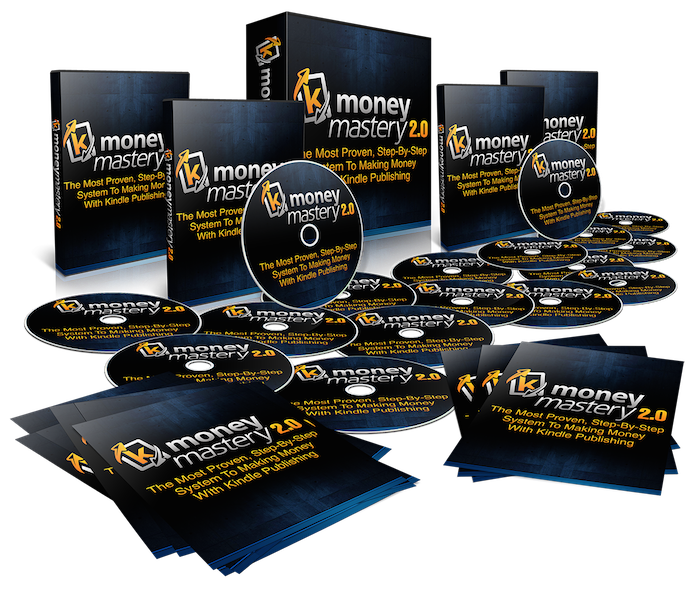 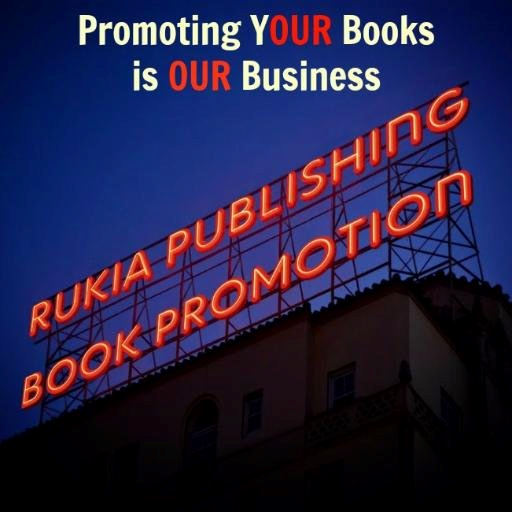 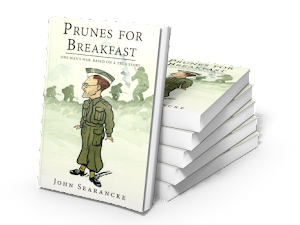 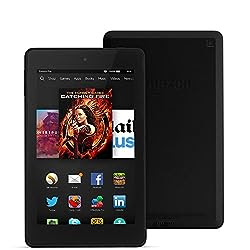 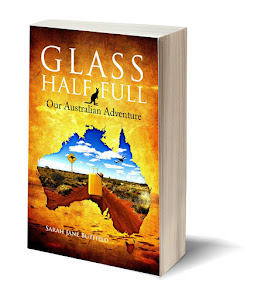 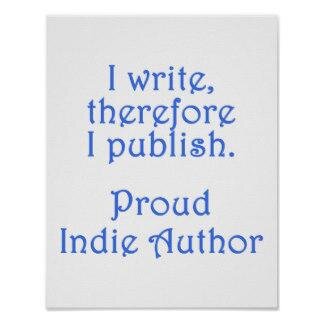 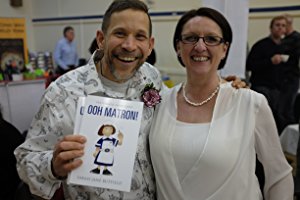